The beautiful blue Kenton Brothers Hide-Away Shelter made it’s debut yesterday in Warrensburg, Mo. at the Claire McCaskill MO Procurement Conference.  It was a day filled with such noted speakers as Senator Claire McCaskill; Mr. Elliott Branch, Deputy Asst. Secretary of the US Navy; and Deborah Lee James, Secretary of the Air Force.  The day also included representatives from such noted organizations as the GSA, Boeing, the US Army Corps of Engineers, the SBA, and ATK Small Caliber Systems.  All in all, the room was filled with some very smart men and women!

Kenton Brothers brought a Hide-Away shelter painted in KB blue for a hands-on demo.  Though there were not many government buyers in attendance, nearly every one of those attendees have children or grandchildren they want protected in his or her school.  The shootings earlier this week at the University of Santa Barbara prove our society will always fight school violence; no matter where you live, no matter what age.  It’s not going away.

We debate gun control.   The media talks about better services for the mentally ill.  Experts discuss why no one ‘saw this coming’ when looking at past behavior of the shooter.  I say, wouldn’t it be easier to provide protection for the innocents?

$600.  $600 per student is approximately what it would take to save lives.  Compare that to the $16,833 per student a school district recently spent on a new athletic complex and renovations to a parking lot and cafeteria.  $30.3 million on athletics vs. $1.1 million to save 1800 lives.  3.6% of the spend on athletics and renovations could save the life of every student in that school.  Just something to think about….. 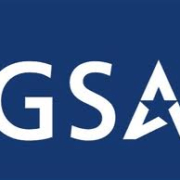