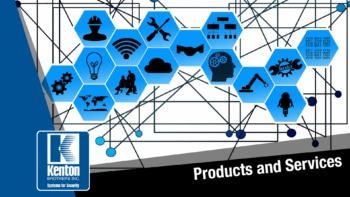 Hacking, at its root level, is a person using a computer program for a purpose that is not intended. It’s like discovering a person walking a dog and then using the dog to attack someone. That wasn’t the intent of the person walking the dog, but the hacker was able to take control. In order to “hack”, the attacker must find a weakness in the software and then exploit the weakness. In the ever-evolving game of cat and mouse, weaknesses get found and software gets modified to patch those weaknesses.

Most successful hacks are possible because the software on a device is outdated.

Even though previous weaknesses have been fixed with software updates, the newest software has not yet been installed, and new weaknesses are found that can be exploited.

In other areas of information technology (IT), we have tools to detect and notify us when software needs to be updated. Most people are probably familiar with Windows Update, the little icon on the lower right that tells us new software is ready to be installed. There are many other systems that can also notify and even update the software automatically. But there is an area of IT that generally gets missed…

The Internet of Things 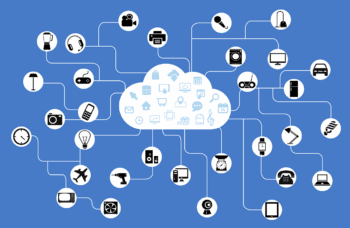 The Internet of Things (IoT) is defined as “a system of interrelated computing devices, mechanical and digital machines, objects, animals or people that are provided with unique identifiers (UIDs) and the ability to transfer data over a network without requiring human-to-human or human-to-computer interaction.”

IoT has been around for decades. We’ve used and interacted with IoT devices in our offices for as long as I can remember. Things like copiers, scanners, and credit card machines are all examples of devices that usually are on the network and can send and receive data.

In the commercial security world, cameras and access control panels are also IoT devices. Anything that you can interact with and not have to touch is an IoT device. Can you adjust your thermostat from anywhere in the world? If so, It’s an IoT device. IoT is transforming our world and has been for many years now. It is making our lives more convenient and more connected. The security risk with IoT is that most devices are installed and never updated. If there is a security weakness detected, the software may never get installed… leaving that device wide open for being compromised.

Most companies spend a lot of IT time and money protecting servers, firewalls, and desktops to make sure that they have the latest software updates and are secure. But the IoT devices are usually left out of the discussion. IoT devices are now one of the largest attack vectors for malicious hackers. These “Set and Forget” devices are often left unprotected and sometimes directly connected to the internet. (Please don’t connect anything, except a firewall, directly to the internet; There are better ways.) As a whole, we have to do a better job of protecting these devices.

Part of the answer for the physical security world could be Viakoo’s new offering.

Viakoo has been offering camera, access control, and IoT monitoring for quite a while.

At their core, Viakoo will catalog all of your devices and monitor them at varying levels to make sure they are operational. And now Viakoo is taking it to the next level. Viakoo is offering IoT risk evaluation and IoT risk remediation. In evaluating the risk of each IoT device, Viakoo looks at the password, security certificates, and installed firmware version for each of the IoT devices. In supported devices, passwords can be changed and because Viakoo is already connected to some video management software (VMS), it can even change the password in the VMS so the video is not lost. Viakoo can also install new certificates in supported IoT devices so that they can be trusted at a higher level.

Viakoo can push new firmware to all the devices across the network. Since Viakoo architecture is already designed to be installed at multiple sites and buildings, the firmware can be pushed across the entire corporate footprint at the same time. Viakoo works across many hardware and software manufacturers, which most competing systems are not yet capable of doing, making Viakoo a good choice for almost any business with IoT devices.

Viakoo is a simple subscription-based software that can catalog, evaluate and secure all of your IoT devices. If you want help in securing your IoT Devices, please give us a call!

What is a Security Systems Integrator? A robbery gives some perspective.