How do we react when a customer surprises us with a request? 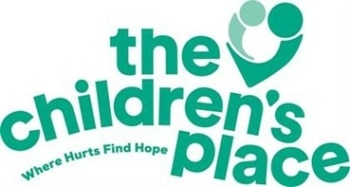 Kenton Brothers recently finished a large commercial access control and commercial IP video surveillance integration for The Children’s Place. They’re a nonprofit organization that has been committed to meeting the developmental and mental health needs of the very youngest survivors of abuse, neglect and other trauma since 1978. Within the Kansas City community and beyond, the agency’s specialized expertise in working with traumatized young children has made The Children’s Place a recognized leader in the prevention and treatment of child abuse and neglect.

This story is about one of our best security consultants and his adoption of the KB Core Value of Customer Focus and how he took service to a whole new level.

One day recently, The Children’s Place called and asked for someone to come take a look at adding a video intercom entrance. They had an issue with one of the doors not opening. As a new system, Garrett recognized immediately that it could be a software or scheduling issue. Instead of scheduling a technician, he went on site himself to see if he could help immediately. He was able to get to the site quickly to take a look, hoping it was programming related.

When Garrett arrived at the site, he did some quick troubleshooting. 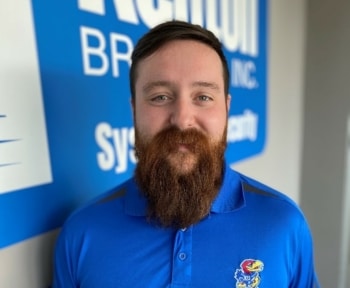 The reader was functioning, it would read badges, but the lock wouldn’t unlock. He located the panel and determined the fuse on the power supply for that door had blown and tried replacing it with a spare from the panel. After attempting to use the lock again, the fuse popped, indicating a short in the wire or the lock, which provided more information for the customer and for our service department for when they arrived on site.

Garret said, “I explained Gallagher Access Control and the panel parts and functions, where his backup power was for the system, the cameras and their locations, Milestone video software, etc. Then I asked if he had access to the software yet. He said no. “

Garrett made the right call.

“We went to Leon’s office and I was able to remote into his server from my laptop. I helped him download and install the Milestone Video client and the Gallagher Command Centre client. From the server, I was able to create login credentials for him and help him log in and begin using the systems.

While I was there, I asked him about how they use the system currently. He mentioned when they prop the doors open for the bus loading/unloading with children, the doors will beep. I mentioned this is an alert to let someone know a door is open when it shouldn’t be. I mentioned we could turn that sound off per door and implemented it on the spot with help from our remote services group.”

“Then I mentioned that every license of Gallagher comes with some mobile features as well. He asked what they were and I mentioned Mobile Command Centre and 5 built in Bluetooth Credentials. I explained that with Bluetooth credentials, you can use your phone as a badge in addition to the badge they wear. He asked how difficult it was to use, and I explained it would only take me a few minutes to set up and issue the credential for him. I set up the Command Cloud on the server and enabled the Bluetooth reading feature on all readers and then issued him a credential. He called the President in so I could give one to her as well and one other employee. They were very excited about that feature!”

“While the President was in the office, he asked about the Mobile Command Centre and what it can do. I had him download that app and set him up with the authentication code on the spot and explained how to unlock doors and change schedules using the mobile app. I also mentioned using this app you can scan the Gallagher MiFARE DESFire EV2 badges on an android or iOS device.

I showed Leon how it worked and he asked why they would need that functionality. I mentioned that every Gallagher license comes with one mobile command centre license, but they also come with a mobile evacuation license. I explained you can use the mobile device as a mustering emergency reader to “check employees out of the building” at an emergency muster location. This creates an accurate list of all employees who may still be in the building. For this to work, they would need to add a badge out reader and have employees badge out as they leave the building so that an accurate list of who is in the building and who isn’t can be maintained. At a previous location, Leon mentioned they did this with a white board, but that this method was much more useful and the President agreed.”

“This led me to talking about mass communication which is also built into Gallagher. I mentioned this could be used for emergency messaging and can be initiated from any reader via a mobile device or badge action by anyone they give the ability to in the system. These messages can be pre-written for specific scenarios and sent to specific groups of employees by email, text, or push notification. This was discussed as something they would very much like to implement for employee safety and communication.” 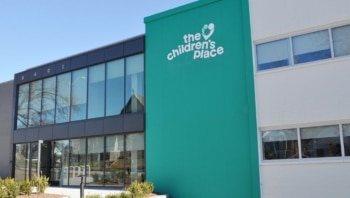 What was thought to be a routine visit to look at one problem turned into a four hour impromptu training and education session on the abilities available in the tools they already had. Garrett and the Remote Services Group were able to not only help Leon start using his systems in their most basic functions, but also enhance his experience and comfort by creating specific and tailored solutions within his existing environment. The time spent with The Children’s Place solidified our stance as their building safety partners and removed many potential pain points before they became a problem.

This proactive approach is what Customer Focus means.

When I read Garrett’s breakdown, I reached out to Leon at The Children’s Place to ask him his perspective.

Leon said, “Garrett and the Kenton Brothers Remote Services Group did an amazing job explaining and teaching us about our enterprise level system so that we could use it to its full potential.” He also shared, “It’s overwhelming to start a new position in an organization and at the same time try to learn this advanced system and it’s capabilities. Garrett was incredibly knowledgeable and he was willing to take his time and answer all of our questions. He gave us tips along the way.” Leon mentioned, “It was a shock that a salesperson would be that knowledgeable! We’re even implementing the mobile evacuation system and employee mustering process for emergencies!” 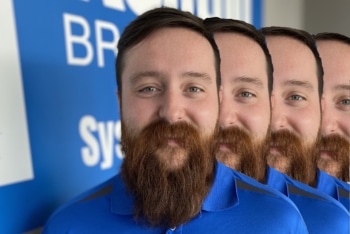 Garrett called our manufacturing partner Gallagher Access Control and told them The Children’s Place story. Gallagher wanted to help support them also and donated all the licensing needed to implement the mobile evacuation system and the emergency employee mustering process. This was a gift of almost $8,000 in software. Great job Gallagher!

Finally, Leon shared what impressed him most about Garrett and his Customer Focus. One Saturday, Leon was trying to let the cleaning crew in remotely from his mobile phone. He wasn’t sure what he was doing wrong and reached out to Garrett to see if he would answer. Of course, he did – even though it was a Saturday and Garrett was on vacation. He worked with Leon and got the cleaning crew into the building remotely. Garrett even checked in the next morning to be sure all was well.

Leon shared one final work of advice for Kenton Brothers… Get more Garretts! We start the cloning process tomorrow.

Kenton Brothers University: We Invest in Our Employees
Scroll to top