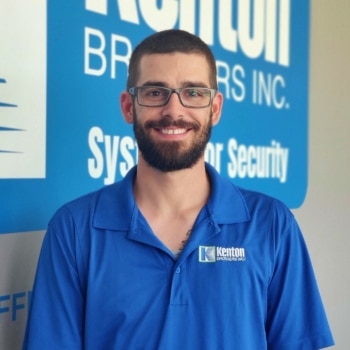 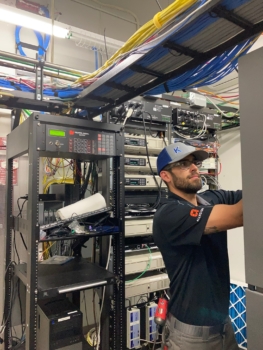 Ryan McCourt came to Kenton Brothers after working with a fellow friend doing vinyl wrapping on custom cars and trucks. He has been in the security industry since 2012, working for ADT and DH Pace. After leaving Pace, he took a brief sabbatical from the industry. He knew Eric Searcy, our Training and Development Manager, from a previous employment. Eric reached out to Ryan about a position with Kenton Brothers. Ryan has been with the company since April of 2021 and his role here is the installation of access control, alarms, cameras, and intercoms.

“I was actually out of the industry when Eric reached out to me!” 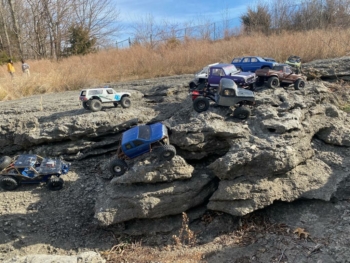 Ryan is happily married to his high school sweetheart of 14 years and they are welcoming their first child in May. His father and wife’s family are Kansas City natives, but he also has family in Florida. In Ryan’s free time, he has a “sickness” for 1/10th scale RC Rock Crawlers: “I have WAY too many, if you ask my wife.” He travels and competes nationally along with owning the largest track in the Midwest, measuring roughly 1,600 sq. ft. in his backyard named MCC: McCourt’s Crawler Compound.

“My wife is the most influential, whether it’s her faith, work ethic, or attitude in life. She is my rock. Just seeing the experiences, she has overcome in life and still stayed true to what is most important is pretty awesome!”

Ryan, we wish you a happy, early one-year anniversary and hope to see what else the industry brings you in this great adventure! We are glad you are on the KB Team!

Verkada – A New Standard for Enterprise Security?
Scroll to top