You see it or read about it every day in the news: 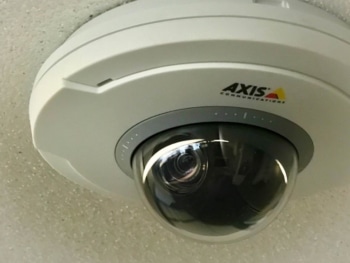 It happens so much these days that many times, we don’t even stop to read the details. For those of us that have been victims of theft, it changes the way you see the world. For a few of us, theft can deal a brutal blow to your business and cost you your livelihood.

Security and Video Surveillance are now necessities for businesses.

Businesses must protect their assets from theft and fraud. In our previous blog, we discussed the reasons why you must have video surveillance. If you would like to know why you need commercial video surveillance, I recommend you read it.

Since that blog published, we’ve received many questions on the specifics around security cameras for businesses or commercial video surveillance. In this blog, we’ll discuss some of those questions and give our recommendations or answers to these questions.

Do I really get any benefits from a Commercial Video Surveillance System?

Yes! If properly designed and installed by a professional integrator such as Kenton Brothers Inc. Your first benefit will be peace of mind. The video cameras and signage that Kenton Brothers Inc. provides would be an immediate deterrent for theft, vandalism and fraudulent claims. Even if the business does suffer from one of these incidents, you’ll have forensic evidence to help catch a perpetrator or act as a witness to a fraudulent claim.

So, what’s the difference between CCTV and IP Video Surveillance?

The biggest difference between CCTV cameras and IP Cameras is the resolution. The very best CCTV (analog) cameras can only record up to 720 dpi (dots per inch). An IP camera can record more than 30 million dots per inch. Basically, the IP cameras are sharper and give you more detail in your recorded image. To clearly see and identify the subjects in the camera, you need to have as many pixels as possible. 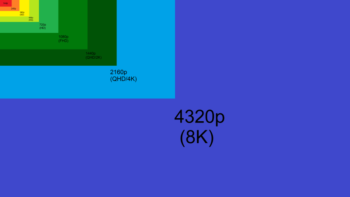 IP Video Surveillance systems take power from and record over a network. These network recording devices can be housed anywhere, even off-site, including in the Cloud. CCTV systems record to a DVR that would be housed on-site and would be vulnerable. An IP Video surveillance system compresses the video recording allowing for longer recording time and stores the recorded image at its full 2-30 megapixel resolution. CCTV systems tend to record at 480 by 640 resolution.

Cost and Compatibility. It’s true that CCTV systems tend to be less expensive than IP Video Surveillance systems. However, the benefits of higher quality images, higher quality recordings and intelligent cameras far outweigh the differences in price. Additionally, IP Video Surveillance systems can be configured and integrated with your other business systems such as intrusion detection systems, point of sale machines, productivity programming and even time and attendance.

How many cameras do I need?

This question comes up a lot! It’s a great question… that’s not easy to answer without doing a complete site survey. For no charge, trained security consultants from Kenton Brothers Inc. will do a free site assessment and IP Video Surveillance design for any business that would like to add Commercial Video Surveillance.

Generally speaking, you want a camera at every entry and exit point of your business as well as one over any critical high value assets you may have. Additionally, you need a camera on any production or manufacturing areas and employee gathering spots. You will also want cameras in your common public areas. (This would be a good time to mention that you can’t put cameras in areas that a person would have a reasonable right to privacy such as a bathroom or nursing room.)

What role does cybersecurity have with my commercial video surveillance system?

The news is riddled with stories about how hackers have used vulnerabilities in “off the shelf” video surveillance systems to breach business data. This is a big problem and isn’t just a video surveillance issue. One of the largest data and credit card information hacks ever committed occurred through a heating and air conditioning module on a network that wasn’t managed correctly.

Professional installers, such as Kenton Brothers Inc. and the manufacturers we partner with, make specific recommendations and incorporate specific processes to manage vulnerabilities. Kenton Brothers Inc. will design the proper network structure, implement security configurations, update passwords (never leaving a default password in place) and install patches when released. These are part of a larger strategy we employ to keep your business data safe.

Here is one of the resources we use to “harden” your video Surveillance system (PDF). This PDF was created by one of our trusted partners Axis Communications.

Is there really a difference between the systems you install and one that I can buy at my local warehouse wholesale store?

YES. If you take nothing more from this blog, please remember this: There’s a huge difference in the quality, capabilities and cybersecurity between an off-the-shelf system and one professionally designed and installed by a certified integrator such as Kenton Brothers Inc.

Next month, in part 3 of this video surveillance series, we’ll discuss the types of cameras on the market and how you would use them!

Dance of the Dumpsters
Scroll to top