Meagan asked Drew if he would be attending the 96.5 The Buzz Prom show the following week so they could see each other again. After another show together, the friendship was blossoming. They began reaching out to each other whenever concerts would come around to see if the other would be there. Their love of music quickly became a large part of their relationship.

Fast forward 5 years, too many concerts to count, a boxweiler, and a soon to be new home, it is now time for the dark nuptials.

On All Hallows Eve of 2019 at the stroke of 6:30pm the Kenton Brothers team was united in attendance to celebrate the unity of Meagan Long and Drew Knudson, in a Halloween-esque wedding. The bride was outfitted in a Lydia Deetz inspired red gown and veil while the groom donned an ensemble inspired by Beetlejuice himself. The two opted to go for a glam-goth feel to their Halloween wedding décor. Wanting a celebration that suited their personalities, both the strange, macabre, and the fun were in full swing.

They urged all guests to attend in costume to witness them exchange their personally written vows. From the glowing smoking cauldrons, potion bottles, a Nightmare Before Christmas photo booth, ping pong and cornhole, to the spiderwebs and black lace, there was something for everyone.

Congratulations to Meagan and Drew on their spooky, creative and fun-filled wedding! 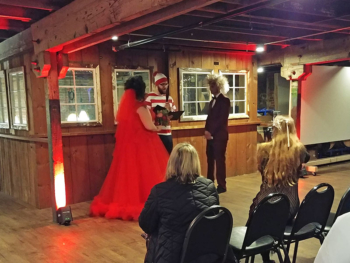 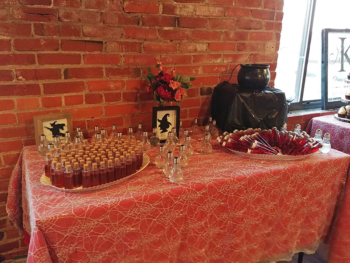 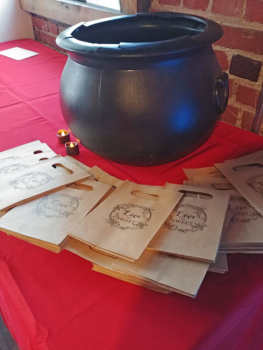 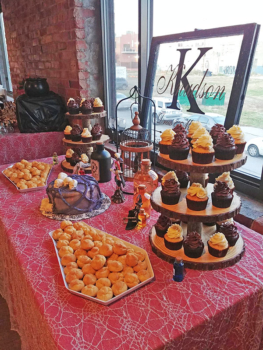 “People let me tell you about my best friend” – Simon the...
Scroll to top