At Kenton Brothers, we get many types of requests for different scenarios and applications. We recently received a request from a customer in the Westport area of Kansas City, MO. The wanted to install video cameras at five separate buildings. And they wanted all of those video feeds to go into a video management system at one of the five locations. This can be a fairly challenging technical request. Our solution was to use Ubiquiti line-of-sight radios to communicate between the buildings. That way, we could stream the camera feeds to the centrally located recording server because they would all be on the same network.

The Ubiquiti radios are mounted on the roofs of the buildings and aimed at the main building where the recording service is housed. (All camera systems have to have a network path back to where the video is recorded.) When you’re physically located in a single building, this is a relatively easy task. In situations where there are two buildings, fiber is often in place between the buildings making a single network possible. 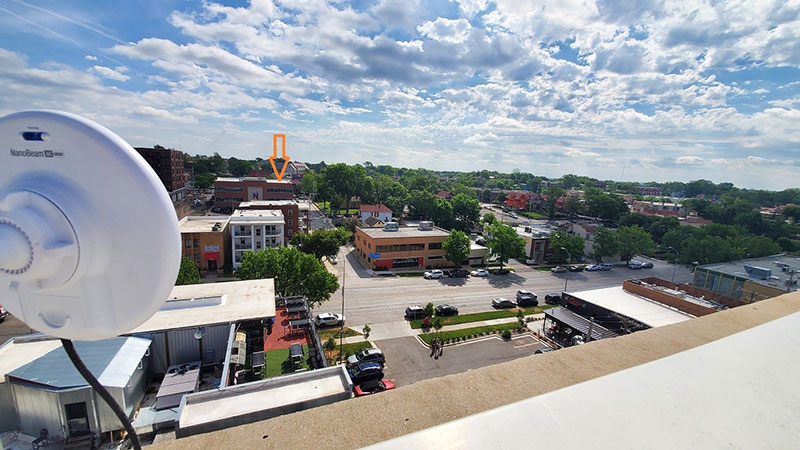 Fiber connections weren’t an option between all five buildings, so wireless became the solution.

The picture above shows one of the Ubiquiti radios. As you can see, the buildings are several blocks apart. This physical challenge made a wireless connection the ideal solution. And at the same time, it’s the most cost effective for the customer while meeting their business needs and plans for future growth.

In the past, high speed wireless systems used to be expensive, unstable, and slow. New technology like Ubiquiti’s line of products has lowered the cost, improved the stability dramatically and allows dozens of cameras to be streamed at the same time. This technology has allowed customers to cover areas of their business with commercial video surveillance that wouldn’t have been an option financially a few years ago.

Kenton Brothers has deployed dozens of wireless commercial video surveillance systems over the past 7+ years. These have been successful projects resulting in happy customers. Why? Because we’re fixing pain points in their business and making them more secure.

At Kenton Brothers, it is our mission to Protect People, Property, & Possessions. Would you like to learn more about commercial video surveillance? Give us a call! 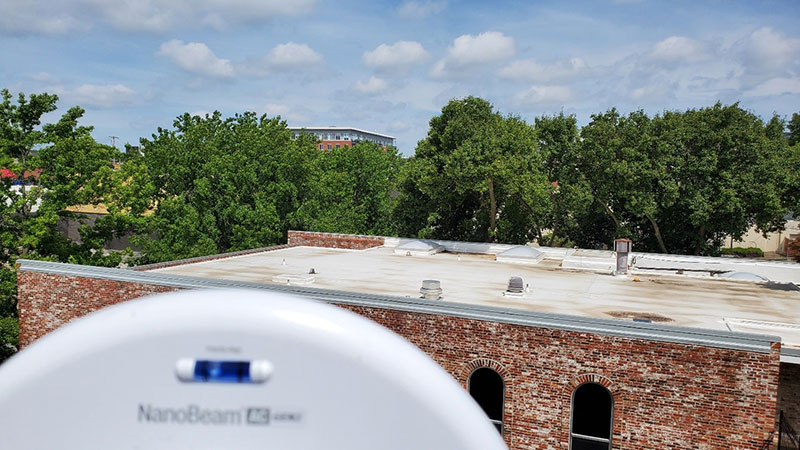